The chances of accurately predicting an election by pollsters and journalists are pretty dismal. If I toss a coin, there’s a 50:50 chance of being right. That’s not bad compared to some political commentators’ predictions.

A few years ago I came across an interesting article that said nearly 80% of astrologers who attempted, accurately predicted the 2012 USA Election outcome at least 3 months and one 26 years before hand! In his 1976 book “The Astrological Chart of the United States, from 1776 to 2141” Gar Osten wrote that the year 2012 would see the “re-election of the incumbent president”.

Intrigued I looked further into it because an 80% correct result is not bad considering most mainstream media had written Obama off before the election. A prediction 26 years beforehand is mind blowing.

I looked into each of the astrologers’ forecasting methods and predictive techniques. I wanted to filter out all approaches that were foreign to my approach and/or would require a level of expertise I didn’t have. By the end of this looking I found one I could adapt to my approach.

It was the simplest.

Now, I’m aware that most of you reading this have a critical and sceptical view on astrology.

For this reason, I’ve wracked my brains over how to structure what I want to say about the coming election because I use astrology as a tool for understanding life. If I wasn’t using this tool to make sense of current political atmospherics and wrote an opinion piece instead, I’d have no worries. For some reason the mention of astrology gets peoples’ backs up and they immediately throw an Art that works with Time into the recycle bin.

Most people are happy to read opinions and commentary based on other biased opinions and commentary churned out in mainstream media. An opinion based on astronomical data ie number, generated by an active imaginative interpretation of this is “superstitious”. However, an opinion based from within a Press Gallery Reality Bubble is not. Is the Press Gallery commentary scientific? No, just an opinion embalmed in a mainstream media consensus reality.

The stars and planets I’m concerned with are archetypal forces (Carl Jung), mytho-poetic currents within humanity. Astrology for me is a means of exploring the edges of rational thought as it touches the unknown. The horoscope is like a semi permeable membrane, it can suspend the ordinary associative processes of the mind and allow a different kind of attention to manifest. This attention, striking off from the symbolic elements of the horoscope gives a different kind of mind environment. Psychologists call it imagination.

This way of looking at astrology is not accepted by most astrologers because it banishes star forces, energies, vibrations etc of the external planets and stars. This way of looking at astrology is troublesome for many because it says there is NO intrinsic meaning to the planets. It also points the way to divination. Divinatory astrology puts it on par with other mantic arts – like Tarot and the I Ching. To many astrologers this is anathema because they like to consider it as a “science”.

Some have referred to this kind of astrology as Hermeneutic Astrology:

“Hermeneutics is the study of meaning, of how we arrive at our interpretations of things. In the context of astrology the term implies a turning away from the common assumption that a fixed astrological meaning is simply “there”, in front of us, as some sort of fact of nature. The hermeneutic inquiry in astrology reveals the essential dependency of the meaning of symbols on the act of interpretation of that meaning. Seen in this way, horoscope interpretation involves something other than a supposed pre-existent meaning waiting to be decoded, and depends both on the context in which meaning is sought, as well as on the intentionality of the one making the interpretation.” (Cornelius, Geoffrey, C. 1994. “The Moment of Astrology: Origins in Divination”) 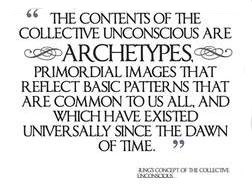 I like to consider this way of looking at astrology as a poetic interpretation of astronomical data. Poetry from numbers and geometry – active imagination in action. The calculations and the process of symbolising are just a pretext to occupy the conscious mind. The complexity of nuance and context for symbolising engages the rational mind while the REAL work is done by the broader and more holistic unconscious. This unconscious insinuates “meaning” beyond the logical limits of rational “complexity”. So, my manner of working these “complexities” is to treat them as a long Zen Koan and the Sky Map – Horoscope as a Yantra.

One can explore consciousness and imagination deeper and look at the structures of mind and the material that appears as is done in various and diverse ways by Phenomenology. I just like to play on the edge of reason, that spot between sanity and insanity, where all the wild creatures are 😉

Sometimes, in flickering moments, astrologising can be vision. A “vision – feeling” into another world that is holographic in structure, energetic and alive. In these rare glimpses, a human and the universe are seen as the same organism. As above so below, Hermes Trismegistus says. A different relationship exists between things – or at least that is what appears when astrological Sun glasses are worn.

Here are two articles by Geoffrey Cornelius that point to a way I look at Astrology Practice “Astrology as Divination” and “Is Astrology Divination and Does it Matter?”

Below are posts in my blog which give further insight into my approach:

An Experiment With Astrology and the I Ching

I’m reminded of a Zen saying, “Don’t look at the finger pointing to the Moon, look at the Moon.”

All this astrological stuff is just a pointing finger.

I wrote Reporters Without Media Mogul Borders as a comment to a post by Sally Baxter Pity the poor journalist…  on the blog  Australians For Honest Politics. The blog is dedicated to Citizen Journalism.

Reporters Without Media Mogul Borders is an idea which takes into account the rapid move away from old media onto Social Media. The idea is an attempt to introduce participatory and democratic processes into journalism using the new mobile web technologies.

Readers by partnering with regional newspapers could be joint commissioners of stories forming a hub interconnected by the web. This hub can be across the country, indeed from across the planet, which can employ reporters to investigate issues of importance to local communities.

Readers would raise funds by crowd sourcing, perhaps using the model that GetUp uses to raise funds for advertisements in old media. Instead of using funds to pay for advertisements the funds would be used to pay for a reporter’s commission to write / investigate story. The local newspaper could provide the administrative infrastructure. There could also be a tiered system of influence in the choice of reporter by readers. For example, a donation of $100 ( or whatever amount) is made would allow the reader to help choose the reporter for the story. Reporters could send their CV / application which would be accessible to the donaters on the web and those who donated the prescribed amount could choose the reporter to do the job by online voting.

People who do not donate can still be engaged in the funding by buying the individual story that has been commissioned by readers like themselves.   The model of local action with global transmission already exists with organisations such as Avaaz. We can take the idea of Reporters Without Borders to its logical conclusion – Reporters Without Media Mogul Borders.